Welcome to a 639-room ultra-luxurious oasis complete with 5 lavish pools, 8 indulgent restaurants, a bowling alley, and live entertainment. The all-inclusive Hard Rock Hotel Los Cabos is the newest addition to the worlds hottest vacation destination and its opening in May of 2019. With designated adults-only and kid-friendly sections, this is both the ultimate romantic escape and epic family getaway.

Want to be one of the first to experience Hard Rock Hotel Los Cabos? Request a Quote  or Book Your Own

You just booked that vacation and are ready to start packing your bags. Wouldn’t it be fun to throw some tropical vacation themed underwear or panties into your bag as well? What about matching pairs for you and your special someone? How fun would that be? 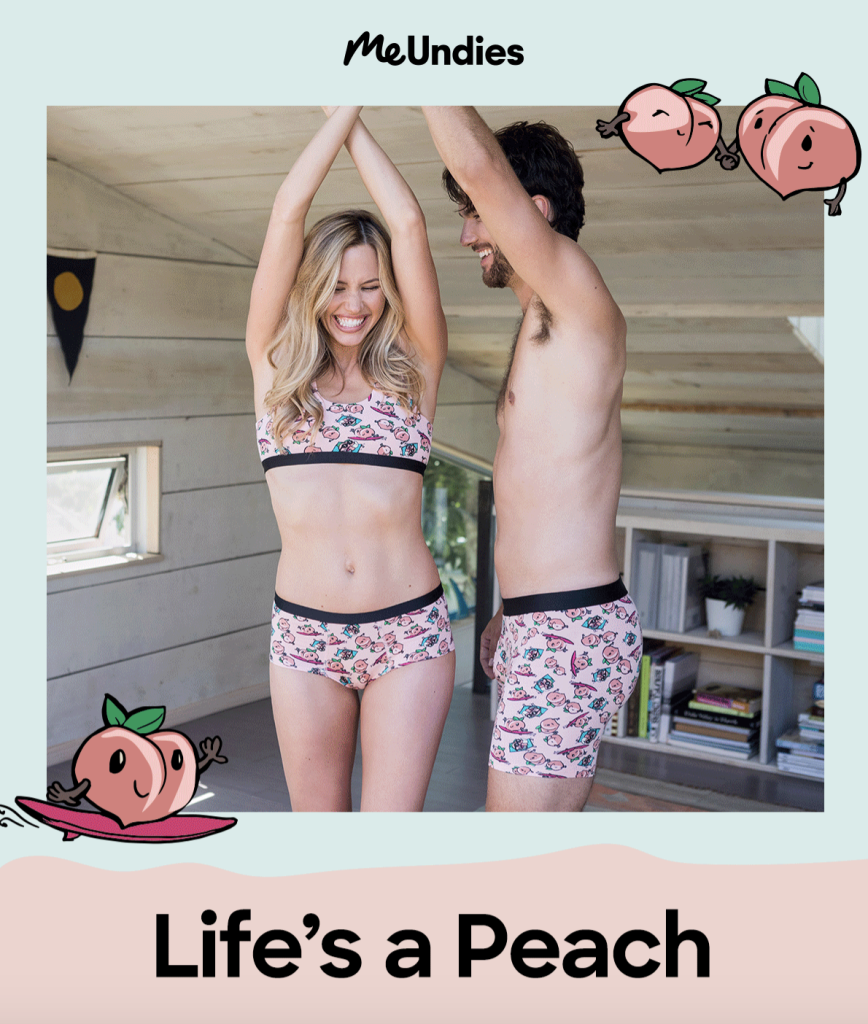 Well, we thought we would give this a try and it really adds some “cheeky” fun to our vacations! We have everything from the brand new “Life’s a Peach” collection with juicy peaches enjoying the beach, to Cactus and Agave plants, to Jellyfish that actually glow when exposed to black light. The company is always releasing new adventurous prints that fall under a tropical or vacation theme. Recent releases include sharks, nautical stripes, palm leaves and even the bootyful Fool’s Gold print that has shiny gold foil in the design. 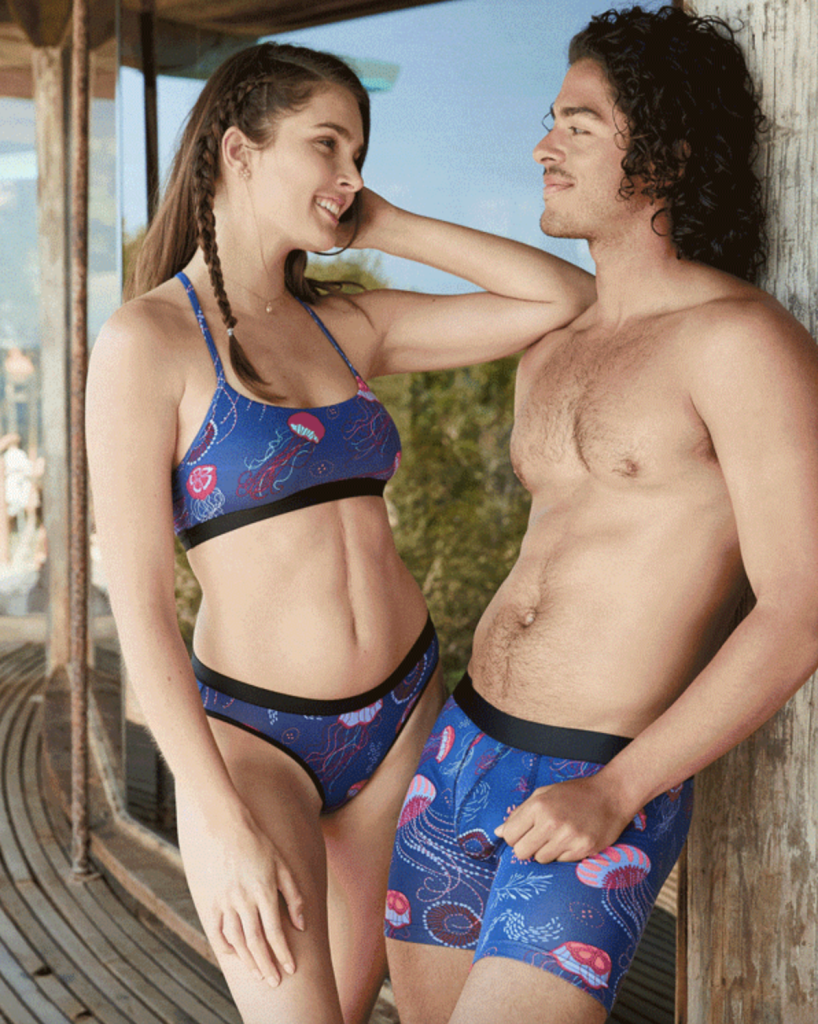 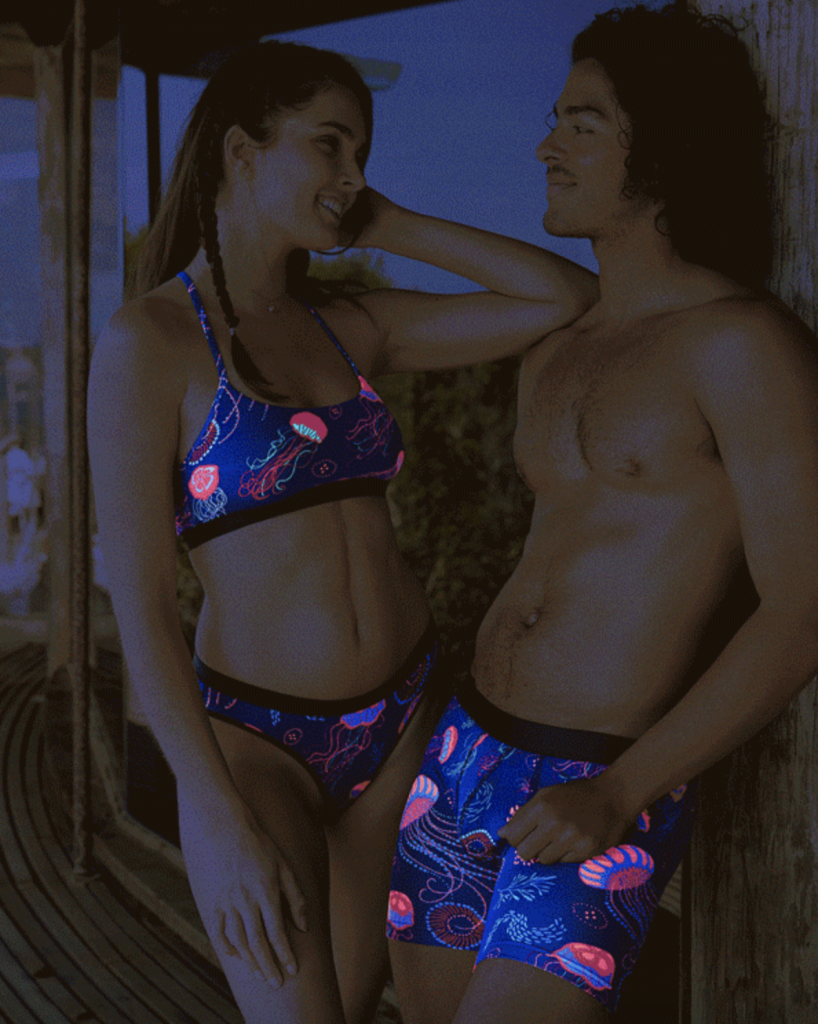 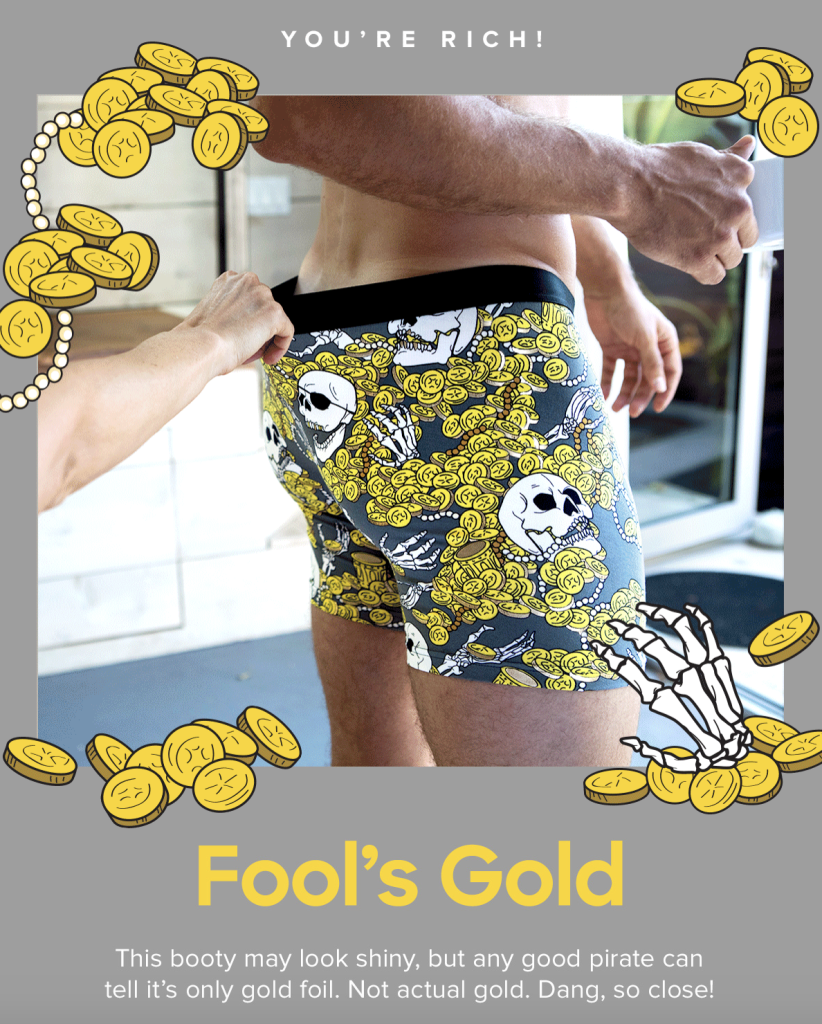 If any of these options sound fun to you, MeUndies has your butt covered!

In fact, they have over 7 million butts covered. The company is so confident that you will find their undies so soft and comfortable that they offer your first pair risk-free. If you don’t love them you can return them for a full refund with no questions asked. You can even receive 20% off your first order. We loved them so much that we signed up for their free membership to receive new matching pairs each month. We can even choose from the tropical designs or classic colors each month, or skip a month if we do not find any that we like. It’s really flexible. Enjoy your next vacation with MargaritasOnTheBeach.com and your fun new tropical vacation themed MeUndies! 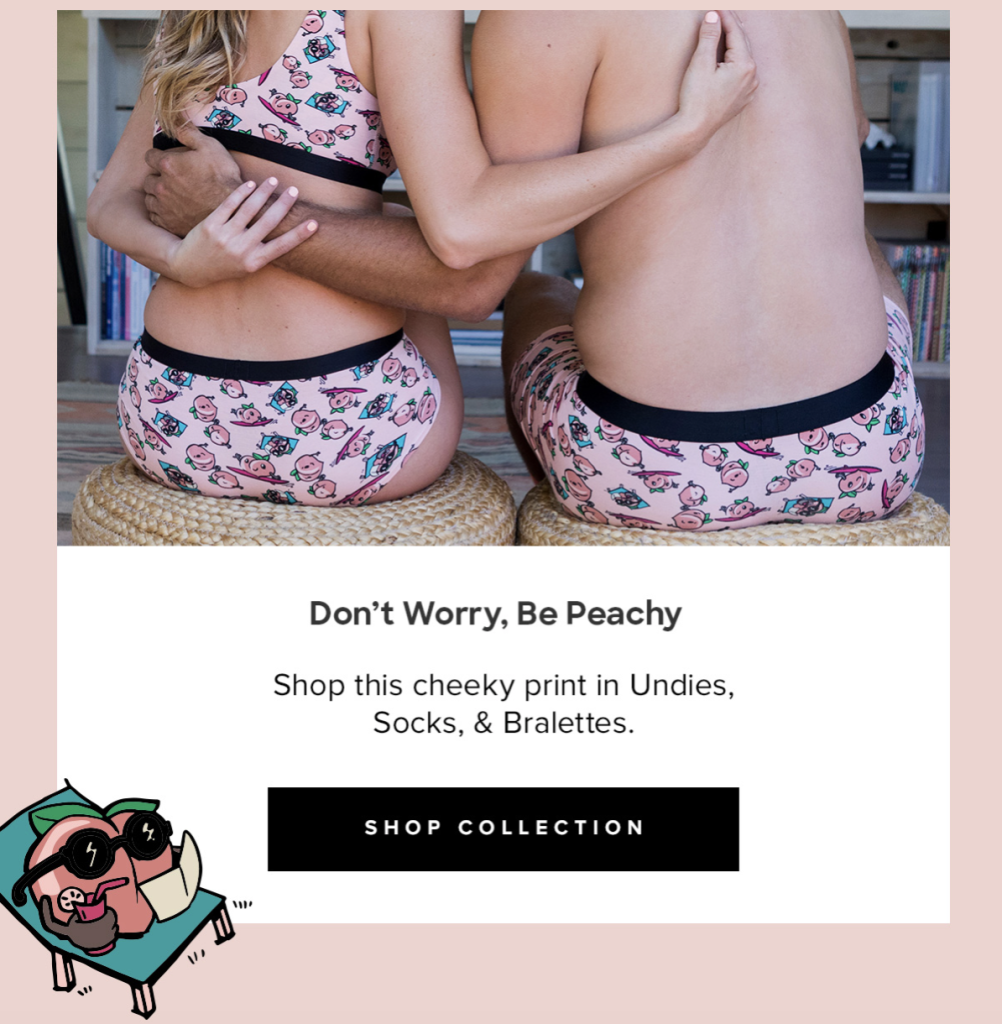 Le Blanc Spa Resort Los Cabos is now open! Experience a new frontier of opulence presented by the people who brought you the #1 rated all-inclusive Cancun resort on Trip Advisor. Here, everything is included and utterly unforgettable.

The all-new Royalton Bavaro is now open! Located along the top-rated Bavaro Beach, this all-new resort features stunning accommodations. Guests can look forward to luxurious amenities in each room, including mounted rain showers, DreamBed™ mattresses, and free Wi-fi throughout the entire resort. Other features include the world class Royal Spa and nine restuarants the whole family can enjoy. This is an experience you will not want to miss.

Escape to the shores of Punta Cana on a luxurious vacation experience for families, couples, singles and guests of all ages at Royalton Bavaro. Discover Royalton’s signature All-In Luxury® features of elegantly styled suites, world-class reservation-free dining with chef-curated menus, and award-winning hospitality together with unique programming for children and teens, including an on-site splash park and a fun-filled lazy river.

Built for travelers of all ages, this modern resort features two sections offering a family-friendly vacation experience in the general resort and Diamond Club™ for a higher level of service and exclusive pool, beach and dining areas.

First, we’d like to say that we and our many many clients have always been safe and happy in Mexico; we are, however, here to serve you. We understand that some of you are looking to hit all-inclusive beach resorts and would simply feel better doing so in destinations outside of Mexico; so never fear, we’ve got you covered.  There are many beautiful destinations waiting to welcome you…

Let us help you find a great resort, in the perfect destination, with incredible rates!

Sit back relax, take in the beauty, and feel the happiness the Jamaican Culture has to share with you! 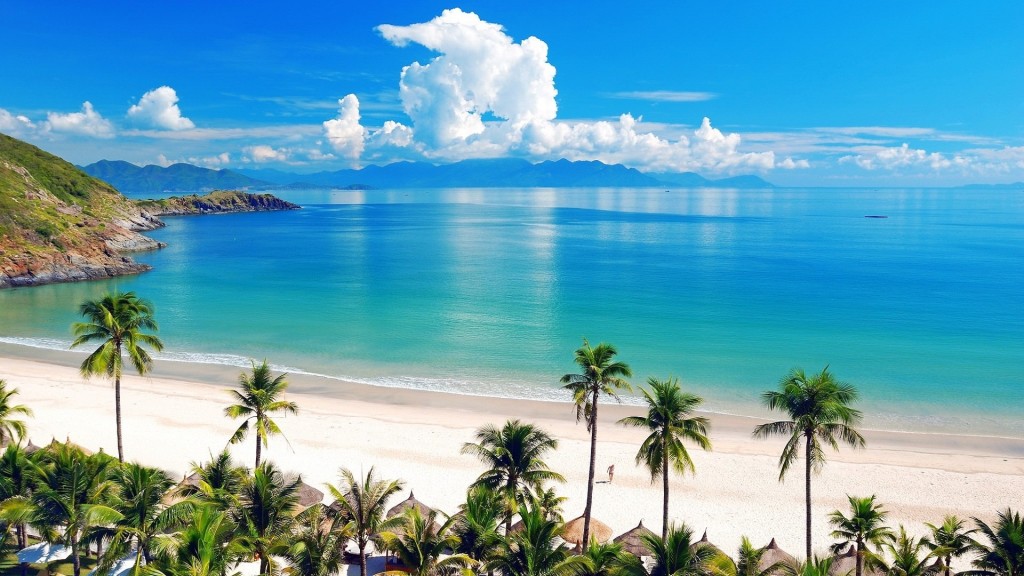 Get the details: Live Chat – Contact Us – Shop the Resorts

Discover the Dominican Republic, home to some of the worlds most beautiful beaches! 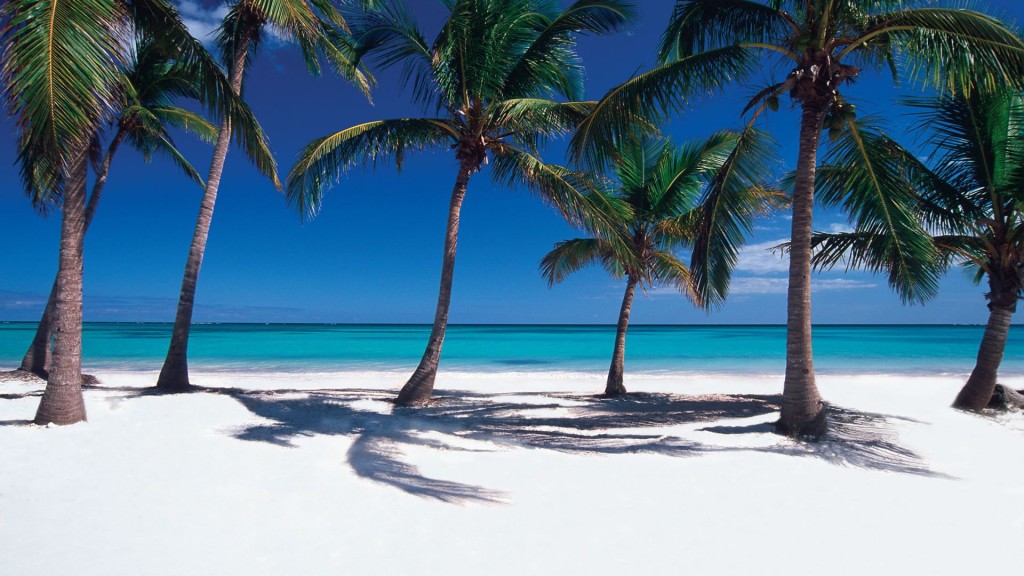 Get the details: Live Chat – Contact Us – Shop the Resorts

*Pricing includes all taxes and fees, for select dates, lead airfare rate from STL – air available in other cities at varying rates. 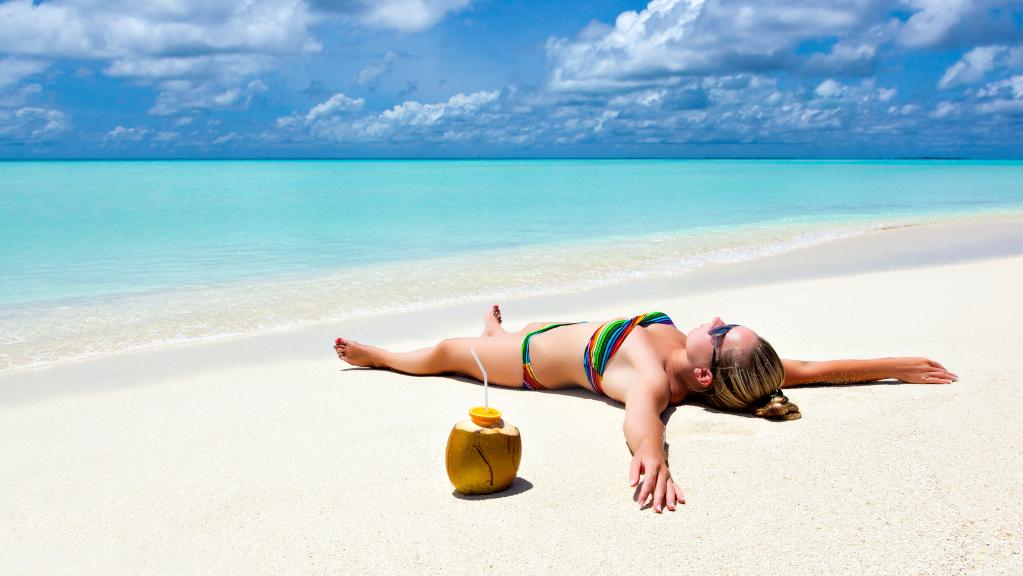 Didn’t get yourself to a beach yet this summer?? These last minute deals beach vacations will ensure you get your toes in the water a$$ in the sand before summer slips away! 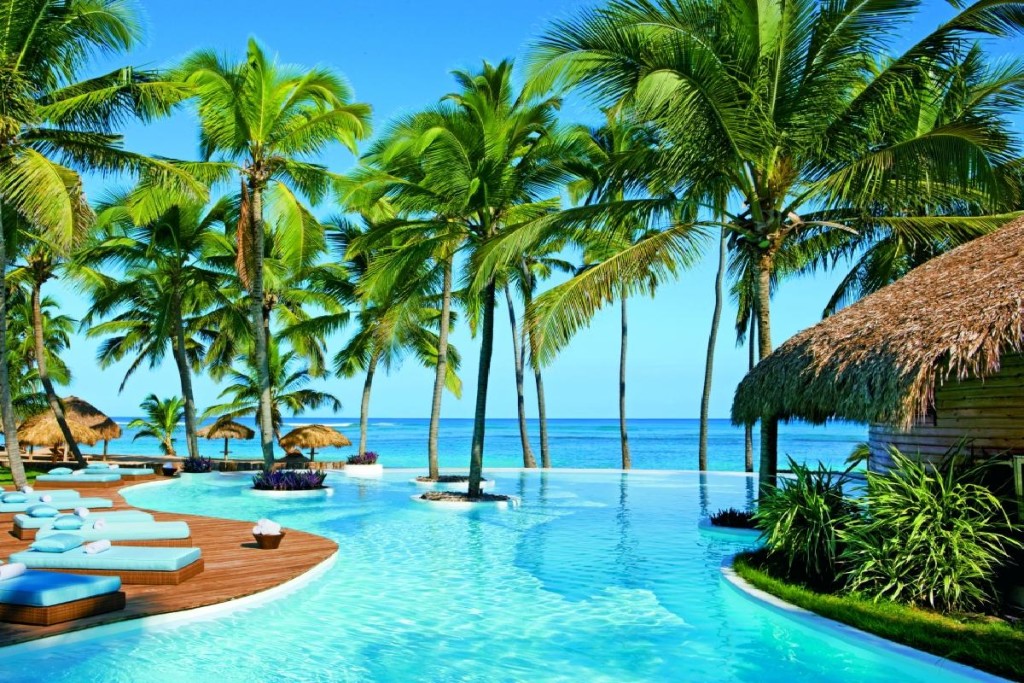 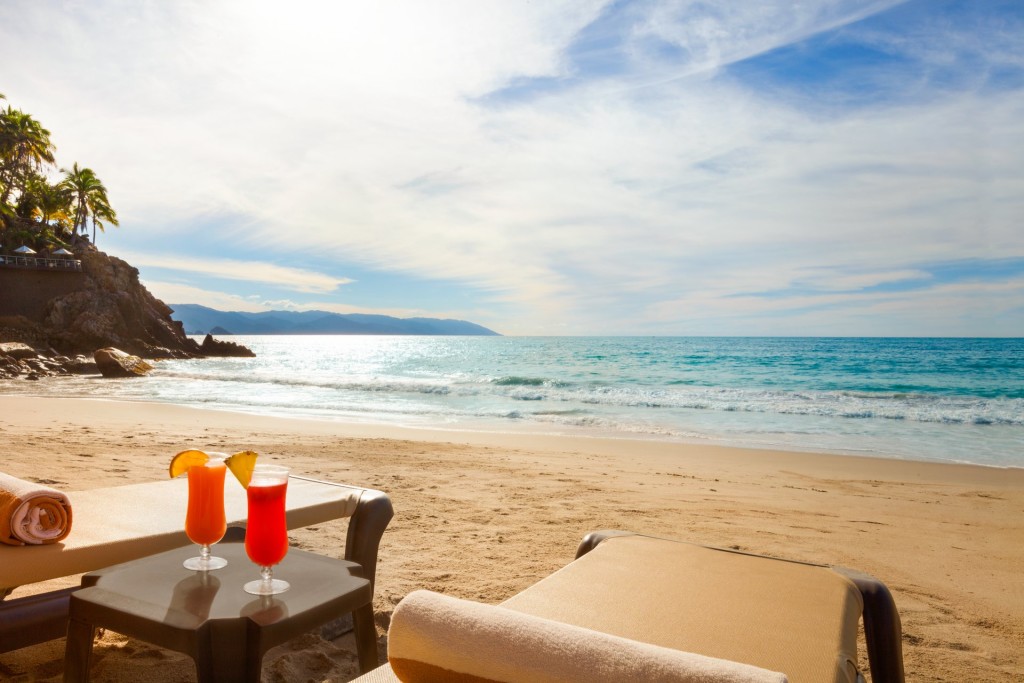 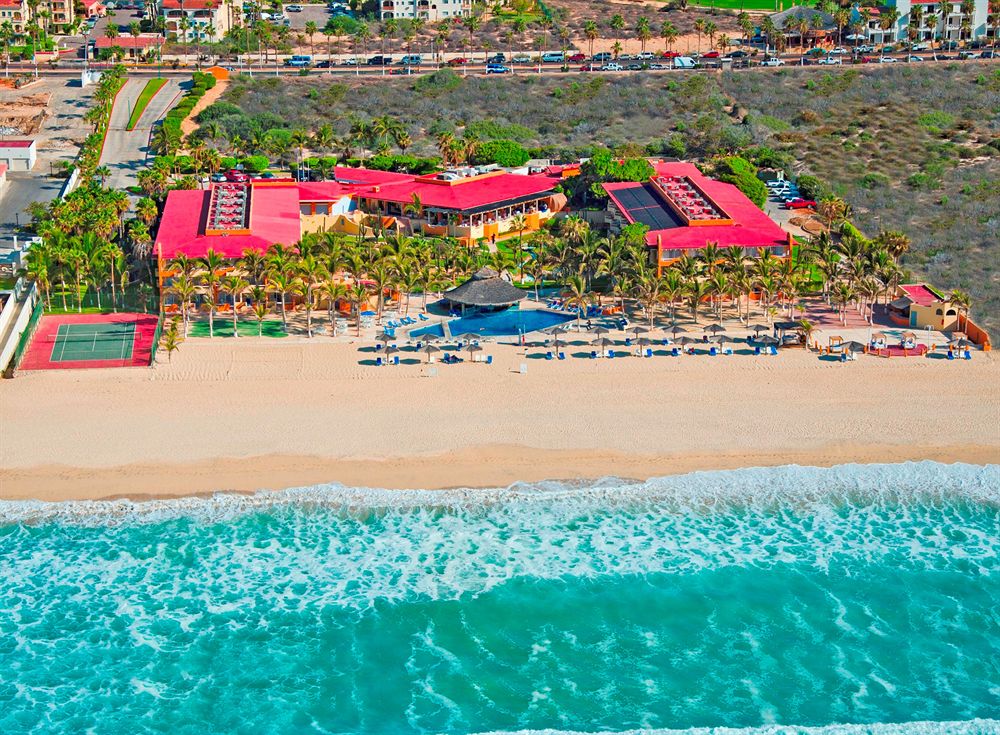 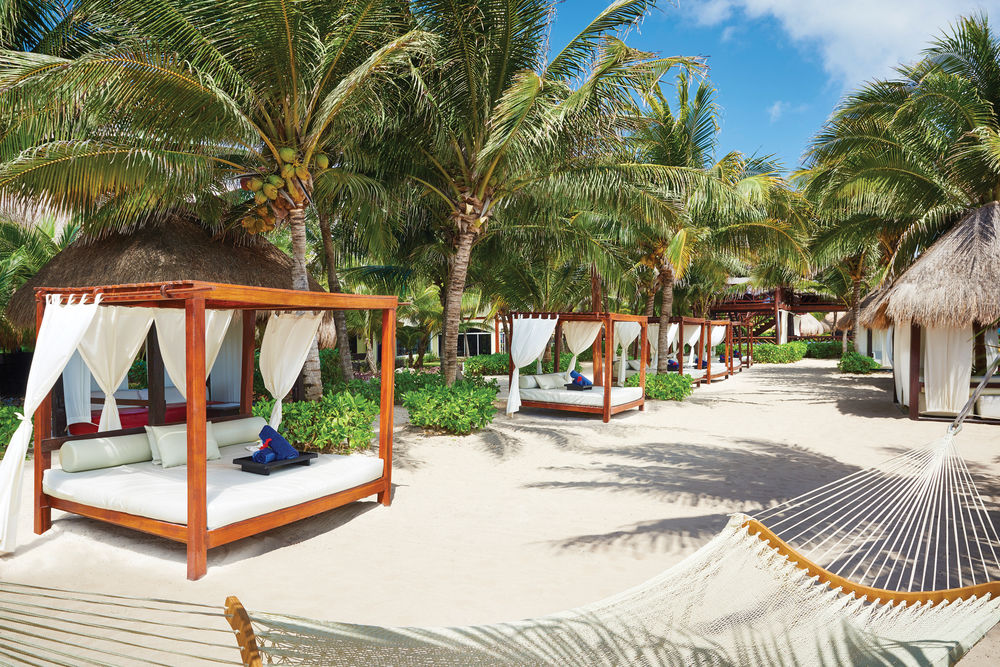 Get your feet in the Virgin Islands Sand!

Are the sparkling waters of the Virgin Islands calling your name??

With these sales, you can afford to go today! 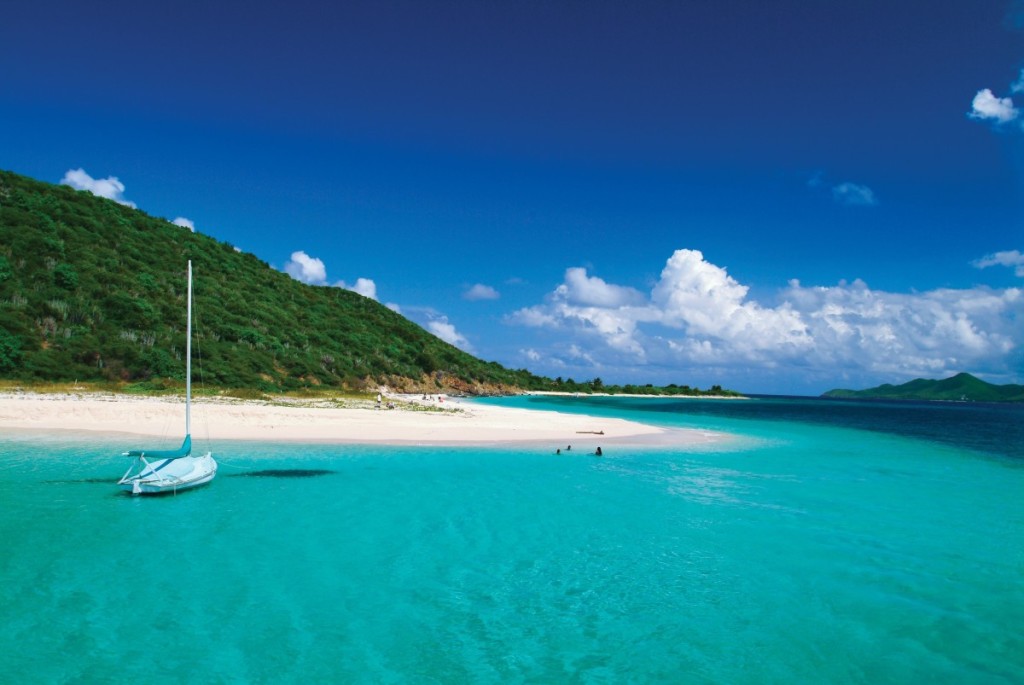 Relax at the island’s only in-town on beach resort! 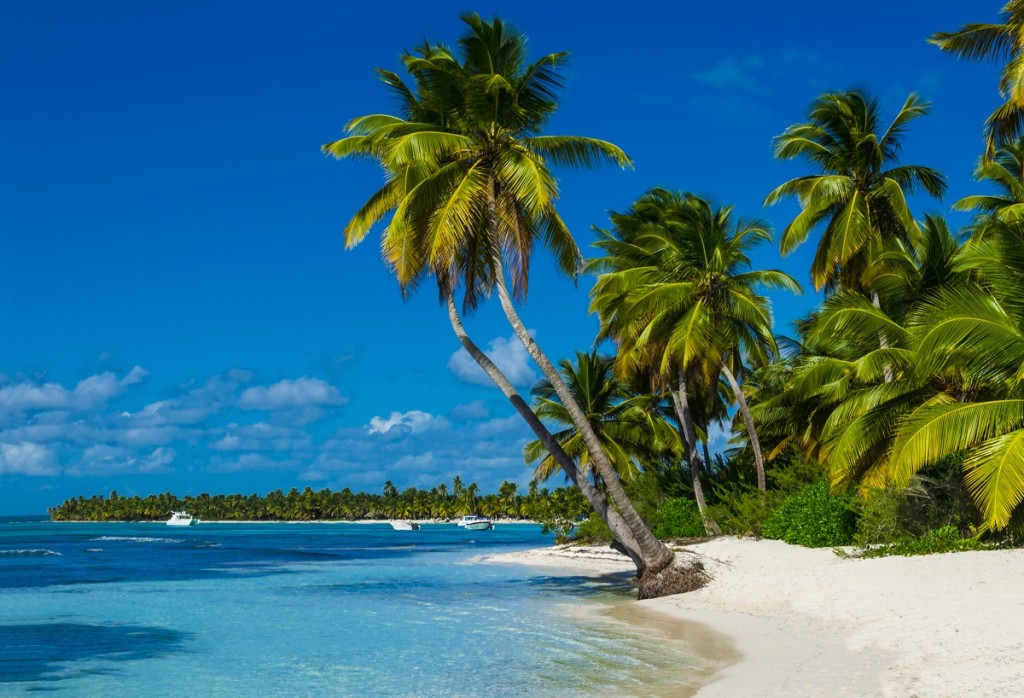 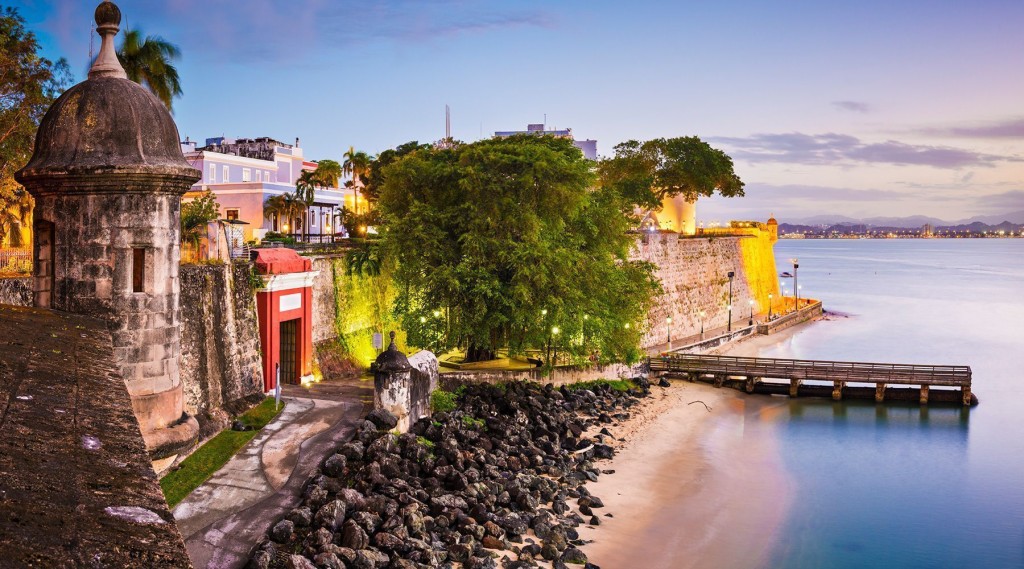 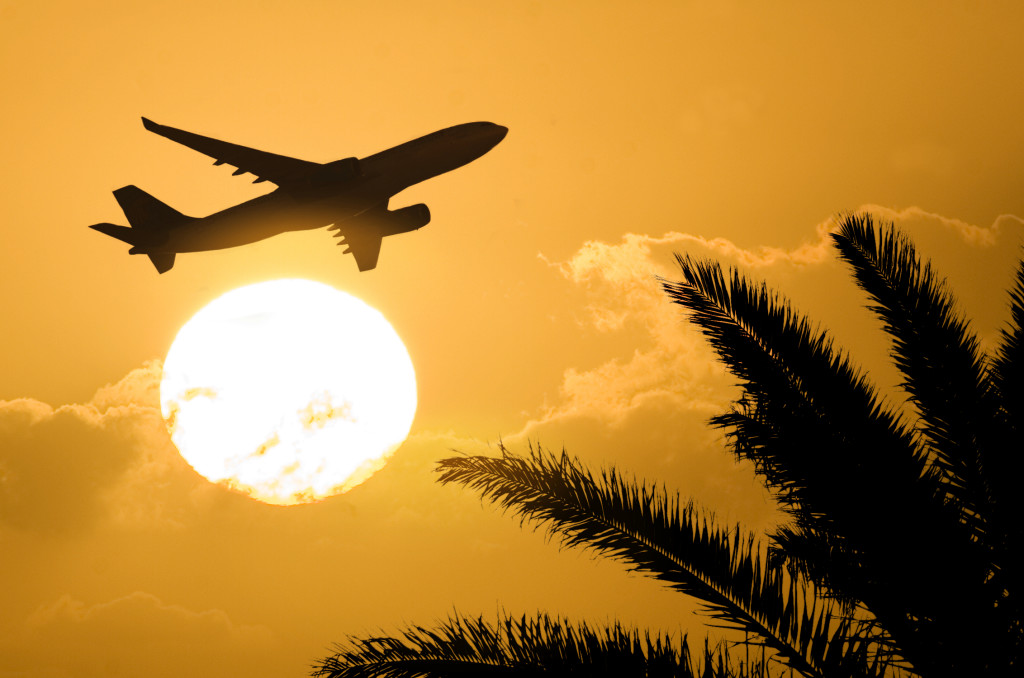 While Supplies Last… Hurry before they are gone! 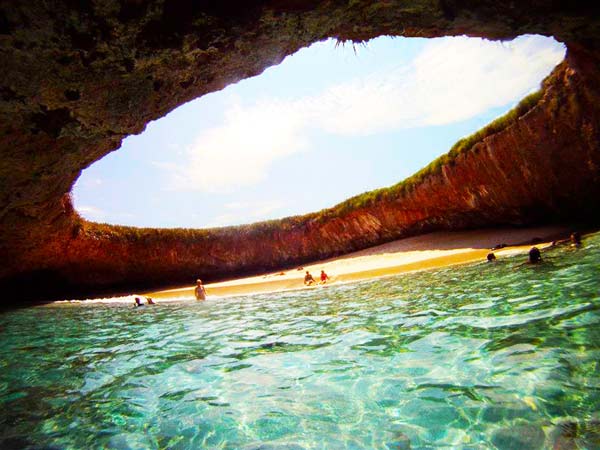 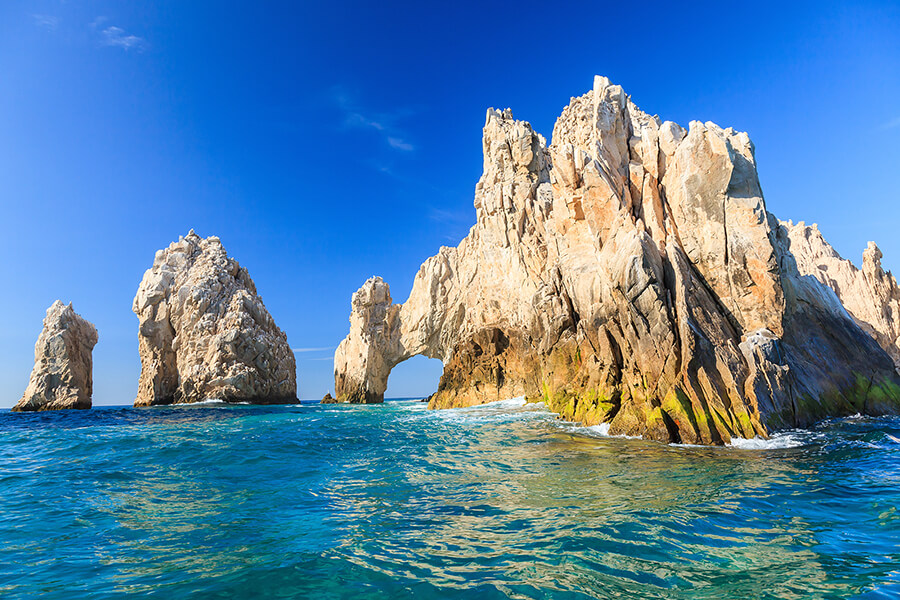 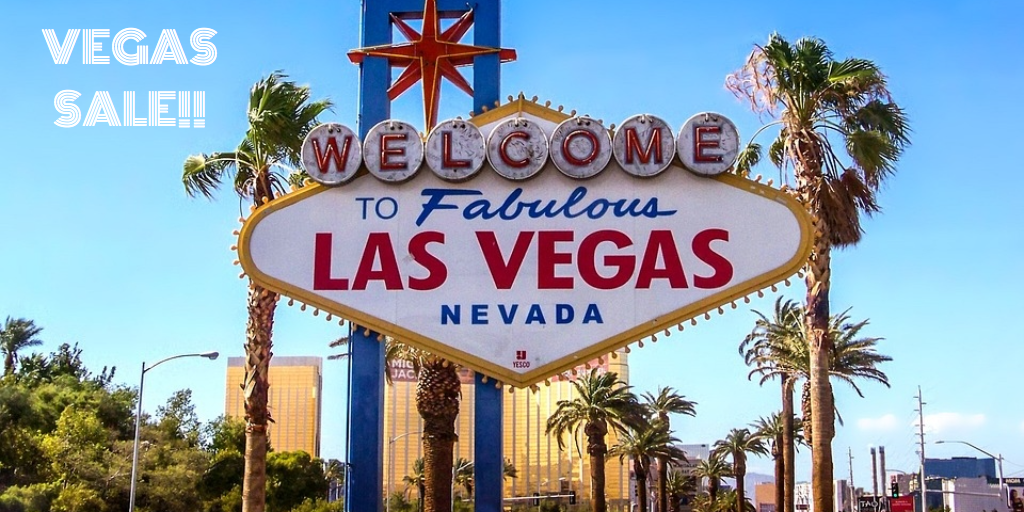 The Best Deals on Vegas are here!

Shop the Sale, Contact Us or Live Chat Now to plan your Weekend Getaway to Vegas! 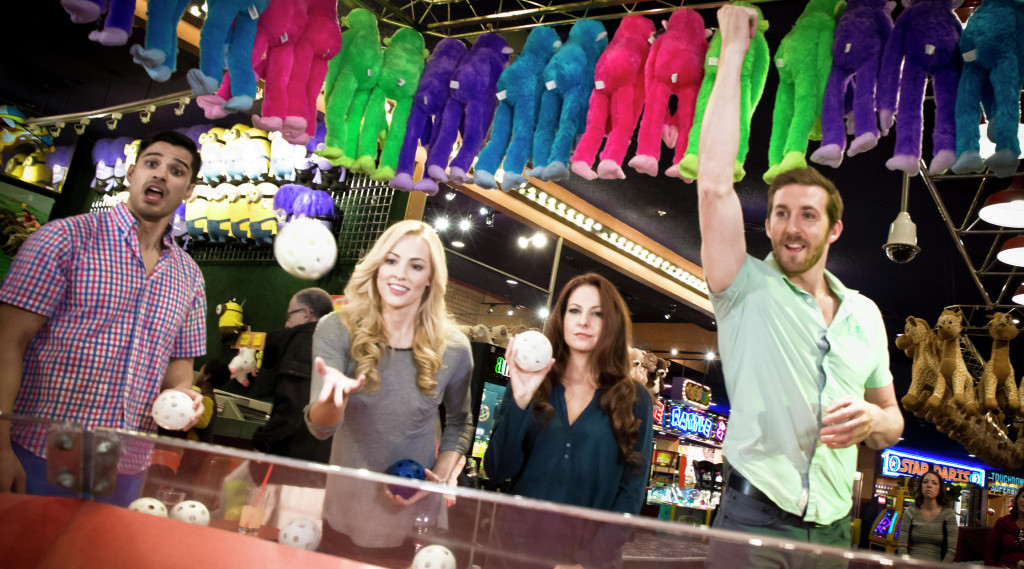 With rates as low as these there will be plenty of cash left to enjoy all the fun Vegas has to offer.

Shop the Sale, Contact Us or Live Chat Now to plan your Vegas Vacation!

Rockhouse is a casually chic boutique hotel perched upon the scenic cliffs of Negril’s Pristine Cove in Jamaica, overlooking the serene waters of the Caribbean sea.

Two time winner of “Caribbean’s Leading Boutique Hotel” at the World Travel Awards, the property sits on eight acres of lush, tropical gardens and features world-class dining, spa and wellness programs that celebrate the abundant culture and resources of Jamaica.

The Rockhouse Hotel has long been a cherished destination for in-the-know, stylish travelers, offering understated tropical elegance while upholding an impeccable ethos of social and environmental responsibility.

If you would like to stay at the Rockhouse, step up to the bar!

Rockhouse is a stunning and unique hotel combining natural beauty, strong architectural design, local materials and craftsmanship, excellent service and a relaxing, fun, and authentic Jamaican experience. Originally developed in 1972, Rockhouse was one of the first hotels on Negril’s West End. Early notable guests in the 70’s included Bob Marley, Bob Dylan and the Rolling Stones. In 1994, the property was purchased by a group of Australians who continue to reinvest in its evolution and expansion while maintaining the original vibes.

Rockhouse is Green Globe Certified and strives to achieve the best environmental practices across its entire operation. The hotel minimizes its use of natural resources, air emissions, and hazardous materials, and monitors and records environmental performance relative to its goals with a continuous commitment to improved practices.

In 2009, Rockhouse established the Negril Area Green Globe Quiz, an annual competition amongst local schools to enhance the students’ environmental awareness. Every year schools compete by answering environmental and sustainability questions in a game show format.  Each team of four competitors between the ages of 9 to 12 years are cheered on by teachers and students from their schools. The annual event, created by Rockhouse, has been a great success in raising environmental awareness amongst the children.

The design principles behind Rockhouse evolve directly from the natural surroundings. Emphasis is placed on simple and strong forms and the hotel is designed to be a harmonious and respectful insertion into its jungle-like environment. Choice of materials was also critical – local timber and thatch were chosen to merge with the fully-grown garden. The use of stone was inspired by the surrounding volcanic rock landscape.

Jean-Henri Morin has overseen the architectural development of Rockhouse since 1994. He has a strong interest in the development of high quality architecture that has a positive and sustainable relationship with the environment. Jean-Henri is born and educated in France and currently resides in Australia, working on both international and local projects.

The Rockhouse Foundation transforms the places where Jamaica’s children learn and supports the people who teach them. Nearly ten years after its inception, over $3 million has been invested in transforming and modernizing five schools that were in desperate need of support, in addition to the complete renovation and expansion of the Negril Community Library. The Foundation’s current project is focused on developing the region’s first special needs early childhood education center. The Rockhouse Foundation directly impacts the lives of thousands of children and their families everyday.

The Rockhouse Hotel and its owners underwrite all of the administrative expenses of the Rockhouse Foundation, an IRS-recognized non-profit organization, so that every cent of every donation directly supports its projects.

Consistently ranked one of the top resorts in the Caribbean, at the 2016 World Travel Awards Rockhouse won “Caribbean’s Leading Boutique Hotel”. Trip Advisor ranks Rockhouse the #5 Hotel in the Caribbean in their 2016 Awards, and Conde Naste Traveler included the hotel in their 2016 “Best in the World” list. The Knot identified Rockhouse at the top of their list of the Best Destination Wedding Venues in the World. Patricia Schult’s names Rockhouse as one of the “1000 Places to See Before You Die” in her New York Times Best Selling book. Rockhouse is also honored to have been recognized as a standard bearer for responsible tourism in winning Travel + Leisure’s Global Vision Award for its work in community building through the Rockhouse Foundation. 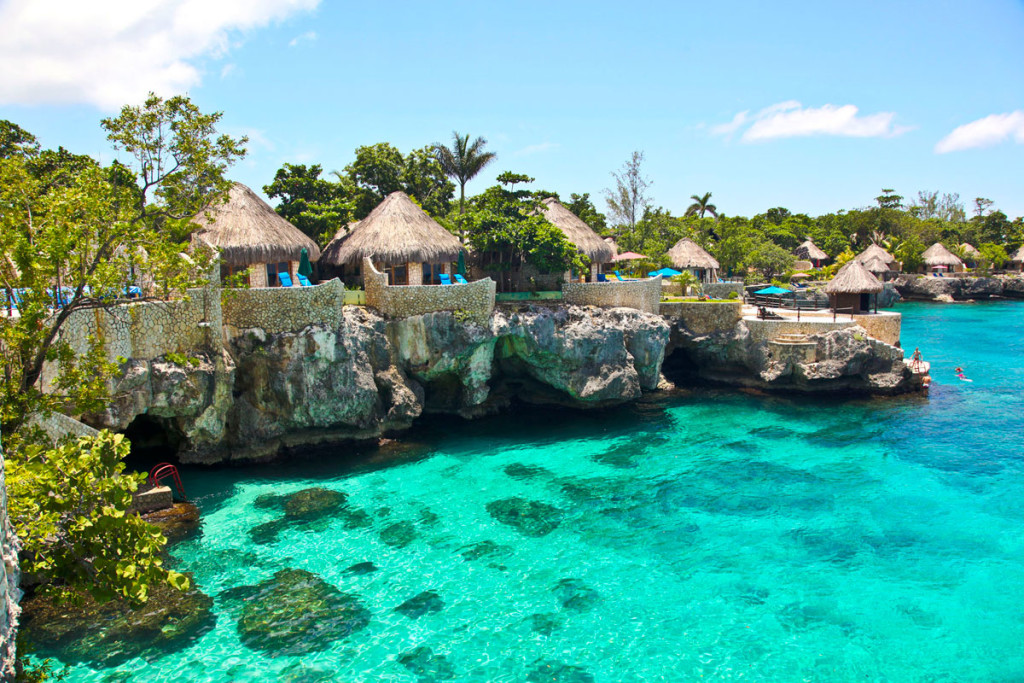